Survival– keep things on an even keel day to day

Independence– teach children to be self-sufficient

Competence– teach children to be capable

Morality– teach children to be kind

Good kids are a product of the real goal of parenting; mature character.  When children grow up with mature character, they are able to take their place as adults in the world, and function properly in all areas of life.  Character growth is the main goal of child rearing.

But what is Character?  For some, the word character brings to mind pictures of a person who has integrity, takes responsibility for her life, and stands up for the right thing.  Others may see character as the child’s personality- those attributes that make her unique, such as energy level, interests, and sense of humour.

People with mature character do have traits of integrity, responsibility and courage, but we understand character in a bigger-picture way.  We view character as the structures and abilities within ourselves that make up how we operate in life.  In other ways, character is the sum of our abilities to deal with life.  Reality makes certain demands on us, for example to relate to other people in good ways, to do what we will say we will do, to take ownership of our own mistakes, and to solve our own problems.  Our success or failure in meeting these demands shows our level of character development.

You may know adults who look good and perform well but have character flaws.  These character flaws- a bad temper, a tendency to withdraw, or self-centeredness- rear their ugly head over and over again to diminish that person’s life experience.  More often than not, these flaws began in childhood and continued on in adulthood.  This is why parenting is so critical; childhood is the time when character strengths and weaknesses are laid down.

This is not to scare you, but simply to point out the truth.  You can make great strides in helping your child be a person of character, or you can also miss its importance and see its effects in painful ways later in life. 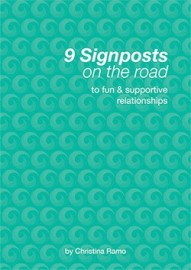